In the week from 28.07. to 5.08.2018 more than 1000 climate activists pitched their tents in Pödelwitz. Highlights of the camp were the opening demonstration in Leipzig, the village festival in Pödelwitz, the four-day Degrowth summer school and the day of action on August 4 with various protest actions against lignite mining.

The climate camp was organised together with activists from the region whose villages are threatened by brown coal. One of these villages is Pödelwitz. According to MIBRAG’s plans, the vilage will be destroyed because of a planned enlargement of the open-cast mine Vereinigtes Schleenhain. It’s not just about destroying this place. The burning of lignite is the most climate-damaging way of generating electricity. Our climate is being burnded in the power plants of MIBRAG, RWE and LEAG . For the profit of these corporations, livelihoods are being destroyed, here and elsewhere. We gotta stop this!

Together with the local people we want to develop perspectives for a self-determined structural change.
Climate justice starts here in Pödelwitz. 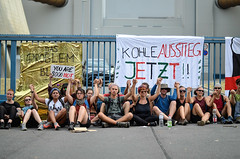 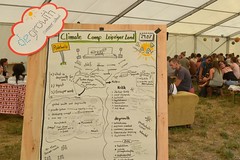 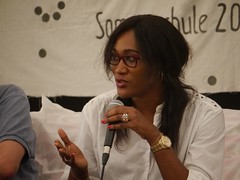 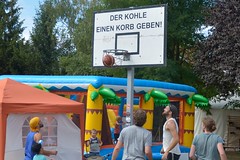 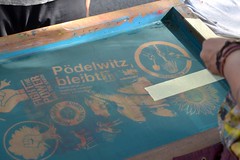 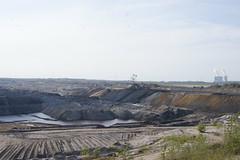 We borrow large parts of the infrastructure, such as our toilets or tents, or get it for a low price from supporters. Nevertheless, we need money for things like electricity, water, soap, toilets, the kitchen and food.

Information about our donation account can be found here.

How can you get involved?

You want to continue your commitment and support Pödelwitz? The alliance Pödeliwtz bleibt! is happy about new supporters.

Ende Gelände has announced a mass action of civil disobedience in the Rhineland lignite mining area for October 2018. All information can be found on the website of Ende Gelände.